Has it been that long?!

After I figured out the RFI debacle, I started playing radio a bit and then I got into another nearly pointless hobby: mechanical keyboards.  If you don't want another money pit hobby, turn away now! (it really isn't that bad) 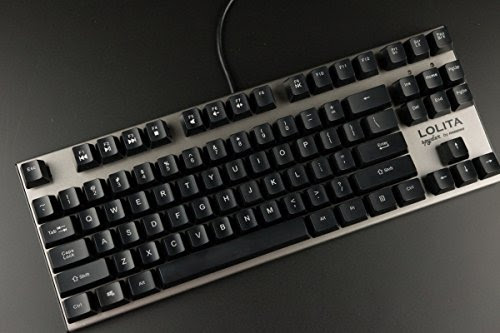 Needless to say, I have been playing with that stuff a lot in my free time and I have taken up video gaming again, Portal 2 at the beginning and now Counter Strike: Global Offensive.

These have been keeping me busy, and I don't feel too bad about neglecting radio.  I mean, lets face it, the bands have been pretty crummy in the last few months and my little antenna isn't going to make that any better.  I also managed to screw something up when I upgraded my computer to the latest (beta) OS X version so  WSJT-X doesn't work anymore so I can't even run JT-65.  Yeah. Lots of excuses after I said none. (I tried the latest update, it still doesn't work) 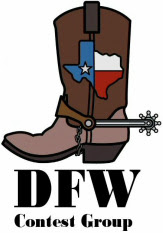 I DID get some operating in for Sweepstakes though, so I can be redeemed right?  I posted to the Dallas/Fort Worth contest group reflector to see if anybody was going to be running a multi op station and Eric, NM5M stepped up to the plate and offered his station for the contest.  I gladly took him up on that and set myself up at his place on Saturday afternoon for a few hours.

I think many of you are aware of my operating habits for this contest.  In IA I would normally spend Saturday at N0MA until we swept then go home and run the rest of the contest from there, usually earning my wallpaper on my own, in addition to the N0MA one.  This year I pretty much stuck to my guns and operated at Eric's until about 8pm then went home.  I didn't really bother to turn on the radio at home though.

Operating at Eric's place was interesting.  He is not what anybody would call a big gun.  He has 2 verticals, an R5 and a homebrew 40m vertical with only 2 radials.  No beverages... No beams... But, Eric has spent a ton of time tracking down noise sources and managed to have a nearly zero noise QTH, in the middle of suburbia!  There is hope for everyone!

One thing that this meager station demanded was a search and pounce style operation.  Coming from big gun operations like N0MA, this was a really hard thing to adjust to. In fact, I don't think I really did adjust at all.  It was a rough 5 hours of operating.  The bands were not that great and while I could work most stations on the first or second call, the Sweeps exchange meant a lot of waiting to be next in line.  I have no idea how to handle that. Should I move on and come back? I don't know?!?! Clearly I need a lot more practice.  Last time I did S&P from IA I had my hex beam so it was a whole lot easier and the bands were in a lot better shape.

Regardless of my bad performance, once Eric sat down at the radio, he made up for my extreme shortcomings. I didn't stick around too long but it was really impressive watching him work the guys.  He's a far better operator than me, but hey, he's also been doing it since 1977!

So no, we didn't sweep, and we didn't break any records, but it was great to be on a radio, in a contest again.  Next time I will spend more time preparing and practicing.  Well, realistically, I should have my station up at a real house with my hex beam and....
Posted by TJ Campie at 9:05:00 PM