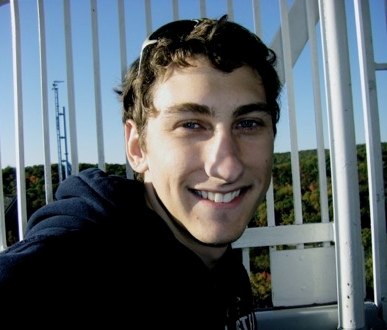 
As a relatively young guy in radio, some may find it odd that I enjoy most of the “older” generational aspects of radio; I am no appliance operator - I’ve built a couple rigs myself and pieces of my K2.  I am a QRP enthusiast.  It is all I do in fact.  I find that there is rarely a time I wish to be heard so much that I’d need more power.  Sure, there are times when I come across a pileup I wish I could break but sometimes things are better left undone.

My CW story is not much to me but I will share it for those interested.  I was licensed in 2003 when CW was still required for General class and higher exams.  I had to learn 5 wpm copy.  In hindsight this is so mind numbingly slow, it is really hard to believe it has caused so much fuss.  Anyway, I found out that one of my teachers in high school was a ham, Roy Letchford - AA0TU, and he volunteered to teach me code.  We spent evenings over 2m with him sending practice code groups.  Eventually I was able to just copy at 5 wpm.  When test day came I was eager to get that /AG on my call by the end of the day and sat down to take the code portion of the test.  For those of you who may have not had the joy of doing so, they put a pair of headphones on you and you have to copy one solid minute of code with no errors OR answer 8 out of 10 fill in the blank questions about the QSO you had just heard.  Well I sat and copied the code (by that time it seemed very slow already).  After I was finished, I handed it in and waited for it to be graded.  The VEs had puzzling looks on their faces and returned to my table and said, “It looks like we gave you the wrong test, you’ll have to do it again.”  I’m sure I had some look of awe on my face, “Again?!” I thought.  They administered the test a second time and of course I passed with flying colors.

Fast forward 7 years.  Once I got on HF, I forgot about CW.  It was way too slow to use and I didn’t know it well enough to feel comfortable on the air.  I dabbled in digital modes and voice and was operating 100w the whole time.  In the summer of 2008, I began working at Rockwell Collins in Cedar Rapids, IA as a co-op.  I met another co-op (Chris Grahn, KC9GRF) while I was there who had just passed his Extra Class exam.  I had always wanted to but I was not ready when I looked at the manual many years before.  With my education in Electrical Engineering under way, the concepts were no longer foreign and I could understand them rather than memorize the answers.  I began studying and eventually passed the exam and took the vanity call I have today.

While I was studying, Chris introduced me to CW again.  He was fairly proficient, receiving much faster than I had ever dreamed.  That got me hooked though.  I was having lots of problems living in an apartment with RFI and QRP CW was the only way to prevent it.  Thus, the modern W0EA was born, and from then on, I have always been 100% CW, 100% QRP.  And the rest, as they say, is history (in the making).