Just wanted to update on a few developments at the QTH over the last few months since the last update.

First thing since the last update was putting up an L for 80m.  With the Winter Foxhunts coming up, I wanted to make sure I had something up to run 80 and the vertical works pretty poorly, even in the portion of the band with good SWR (hint, it isn't the CW portion).  I've always toyed with the idea an L so it was about time. The L is situated along the SE side of the house with a pulley at the top - about 20 feet then somewhat sloping towards the back fence. I then put out 6 fairly random radials and trimmed for a good match.

I got curious if I could get 160m operational too and happened to remember I had a coil in my parts bin that might work.  I mounted it up at the feedpoint (and dressed it up quite a bit more) and ended up with this: 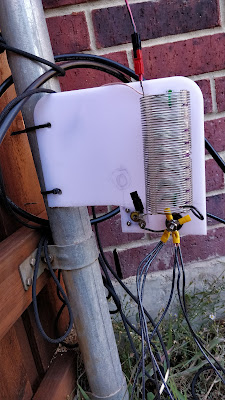 Doesn't look the best, but its pretty great! The coil dropped the tuning right in the CW portion of 160m without any jumpers (ignore the one in the picture...). Naturally, the L tunes up great on both bands with the amp, 1,000w input no problem, although the RFI issues are pretty extreme to the point that my keyboard stops working and I'll get into my wife's computer stereo system.  I will have to spend some time investigating a solution, which may be as easy as just moving the feedpoint away from the house some.

Next up, I sat down at my desk one day and decided it was time for a little rearranging.  I had wanted to mount some stuff under the desktop for a while but I finally managed to think up a good method of doing it, I just needed a little bit more exotic manufacturing than I'm used to. I used a cheap chunk of aluminum angle from Home Depot and used a Dremel to trim it as needed to mount to the frame of the desk. I put my audio components in there and it looks/works pretty good!  A coat of stain would be a nice addition but I'm not sure I'll get around to it any time soon. 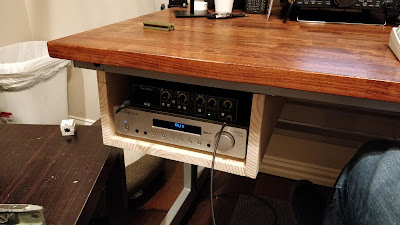 About a week ago I noticed my hackjob of a mic mount was starting to loosen up and I was starting to get afraid of one or both of my mics falling off. This is what I came up with: 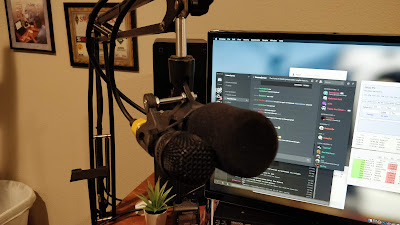 Both mics held securely and safely, and looks half decent too!

Finally over last weekend I got the gumption up to move my W6LVP loop to the roof. 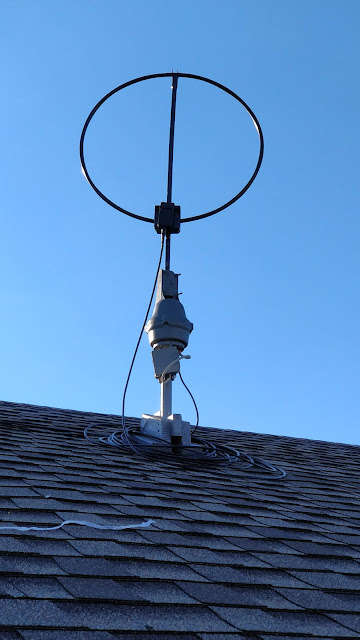 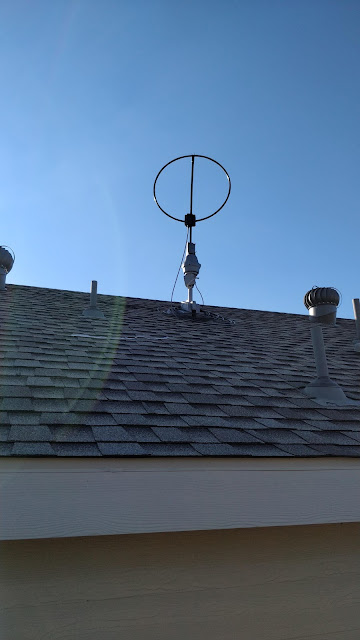