There are many like it, but this one is mine: MTR upgrades

You may remember my post about the Steve Weber MTR a while back. I think I've built about 10 of them for other folks now and I've been neglecting my own a bit. In fact I have had go steal a few parts from her when I flung parts of others' kits across the room. Then there was the case thing. Once Steve announced that he was going to have the new cases from the second run of the kit for sale separately, I gave up finding a suitable case on my own. As luck would have it, one of the members of the Yahoo group sold me his second run case for a fair price so I got right to making it my own.

First thing I did was modify the RF connector from an RCA to a regular BNC. Before Steve offered the new cases, the RCA was the perfect choice but the new case offered plenty of room for a standard connector. It's an easy mod, just run the step drill a bit and voila, all done. 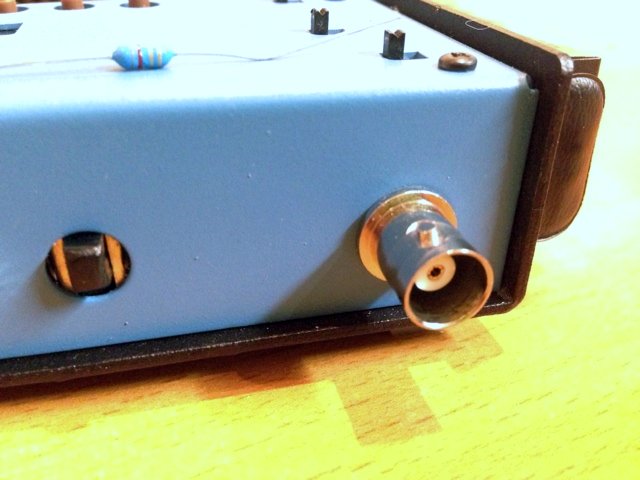 Next step was to figure out a better way to handle the battery power. The provided power jack is very hard to disengage so I got rid of that and wired up a slide switch I harvested from an old shortwave radio to serve as the power switch and drilled a hole in the side of the case to pass the power cable through. Then just hook up a 9v battery and use double stick tape to stick the battery to the side of the case. 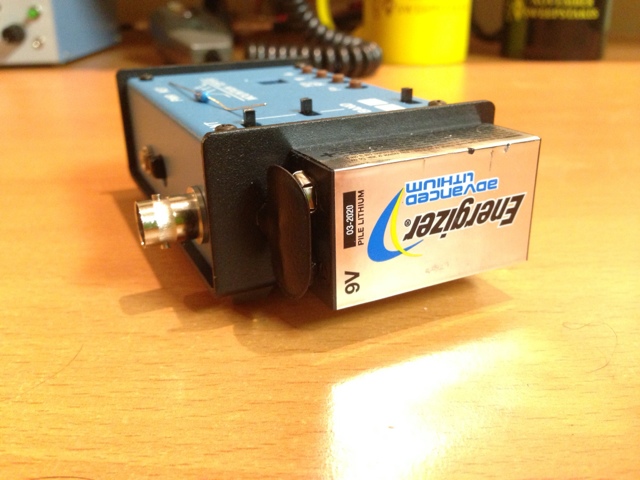 The final modification was to add a touch keyer. I ordered the P3K from cwtouchkeyer.com and it arrived in just a couple days. It is a tiny kit, only a handful of parts, which took about 10 minutes to build. Once I got it put together, and placed in the MTR case it took a fair bit of tweaking to get it to trigger appropriately but once I figured out the process, it was really slick. I am really impressed by the keyer and its easier to use than I expected. 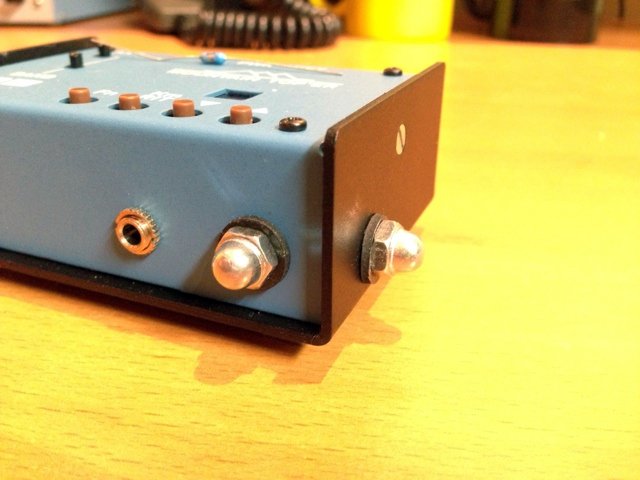 I took the radio out for its first park expedition since it got its upgrades on Sunday, and it performed better than expected.  The parts I used to replace the missing ones, are not quite the right values so performance did suffer a little (the capacitor I replaced in the AGC circuit is 4x too big so I think weak signal performance is stunted some).  Still, I made a number of 2 way QRP contacts with my battery voltage reading somewhere around 8.5v which provides about 2.5 watts output according to my testing in the shack at home. I was also happy to find that my Par End Fedz 10/20/40 worked on 40m again. Some while ago, it seemed like the SWR on 40m was out of wack but it was right were it belonged when I tested it with the KX3.  My EFHW is one of the original designs and has a bigger match box, coil, and heavier wire than the new ones.  I'd much rather have the latest design with the tiny match box and wire winder built into the 40m coil but at $75, I won't be getting one any time soon, unless I could see this one for a good price I guess.  Offers will be accepted! 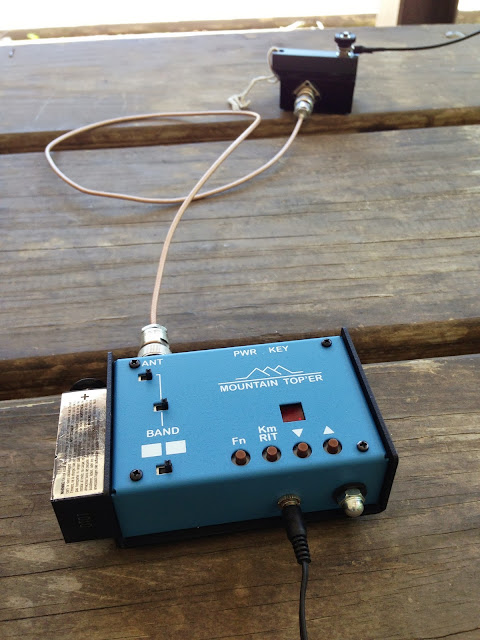 The MTR really is a great portable rig without all the stuff I added, but when you include a built in key and on board power, it is like a mini KX3, perfect for a super minimal portable setup.  If you can get your hands on one, buy it.  Unfortunately the scarcity has driven up the price of second hand MTRs and even an unbuilt one recently sold for over $180 on eBay! Lets just hope Steve will offer the kit for sale again soon!
Posted by TJ Campie at 8:39:00 AM