Hey guys/gals - I wanted to put up a quick update to let everybody know what I've been up to the last few weeks.  Before Dayton I started working on remodeling our main floor bathroom and it has been a bear so I've pretty  much been spending all my free time working on that or tired enough that I just want to veg.  I will be getting back to my 100 Days of Summer stuff soon enough though.  Just keep an eye on Twitter for operating announcements! 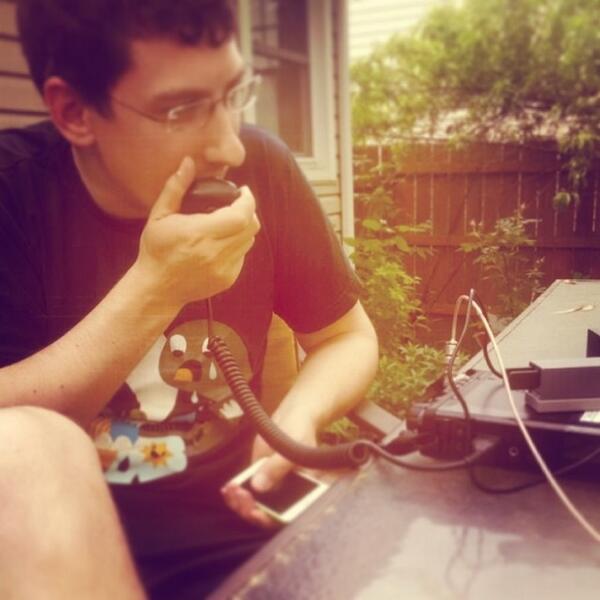 I did get out to the deck last night while dinner was cooking on the grill.  I tossed my EFHW over the pergola and stuck the end to a 20' crappie pole.  I wanted to try out the Youkits FG-01a antenna analyzer I got at Dayton (well ordered at Dayton, apparently Ten Tec didn't bring anything to the actual hamfest).  Granted the setup was not ideal but I only saw at best 2:1 SWR so I may have to go re-trim or re-cut that antenna once I get out to the park again.  None the less, the analyzer is pretty easy to use and I'll have to do a writeup and/or video on that in the future.