Repairing the 590 and LEDs for all the things! 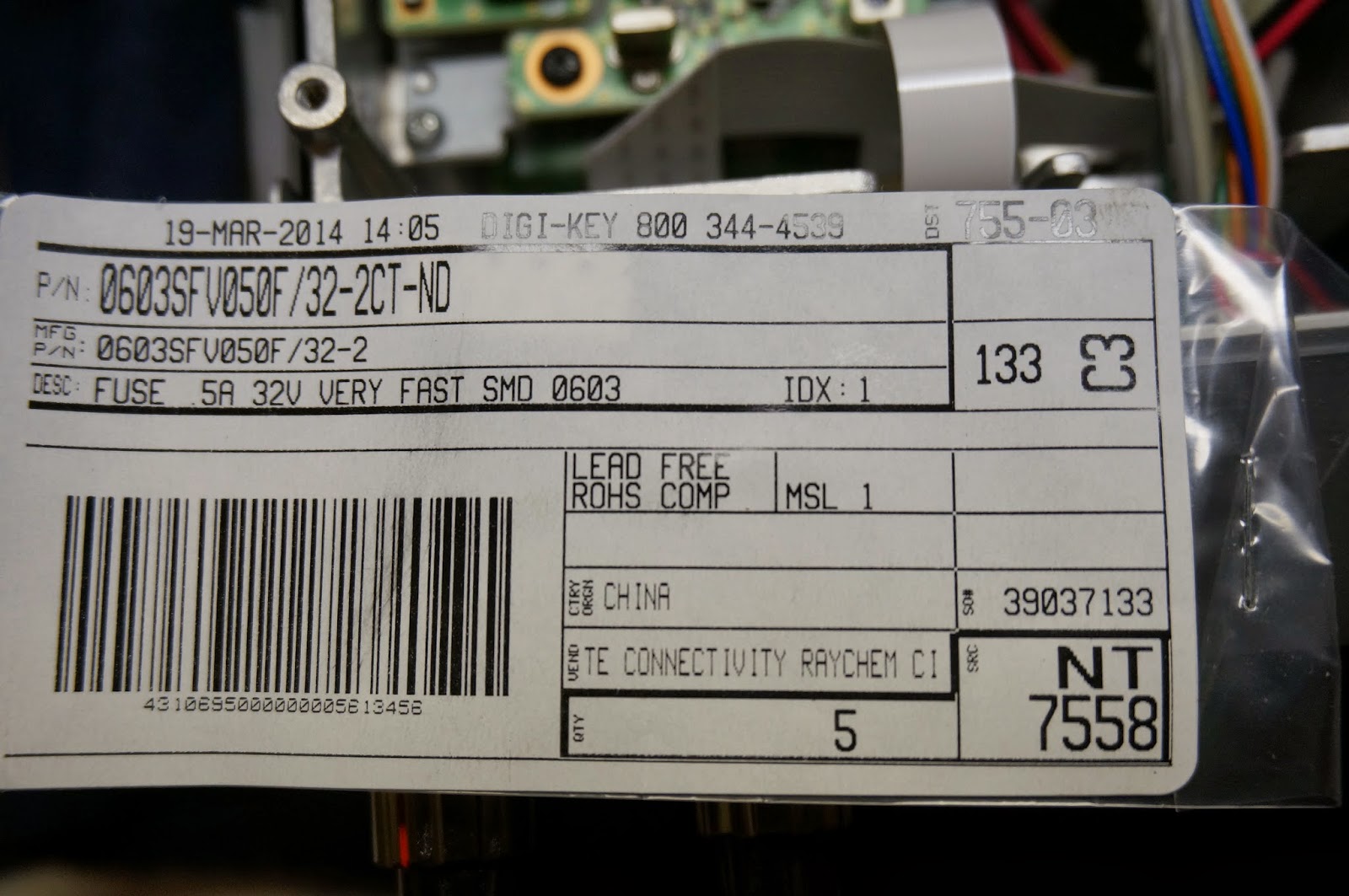 Anyone attempting this repair should be aware that 0603 parts are stupidly small.  I am used to soldering 1206 stuff from Steve Weber's kits and I did not think 0603 would be that bad but with the tip I have on my iron, it was a real pain.

The fuse is located on the right board below the row of 3 can inductors near the middle right and to the left of the red, white, and grey cable, which you can see in the close up of the finished product down below.

I first tried to solder the new part on top of the old one - a technique that some articles had mentioned was possible.  I tell you, not with the tip I have.  The original fuse is shaped more like a diode so it has flat, very thin wings that solder down rather than being shaped like a capacitor or resistor with vertical ends like the new fuse has.  This made it impossible to get solder to build up on the ends enough to make contact on both ends of the new fuse.  I wasted a lot of time and made quite a mess with all the flux on the board.

Finally I just put a screwdriver on the side of the old part and continually heated it until it slid off the pads which is what I should have done from the get go.  After that a quick pass with some desoldering braid to clean up the pads and the new part was installed in a snap.  Here's my last look at it before buttoning everything back up. 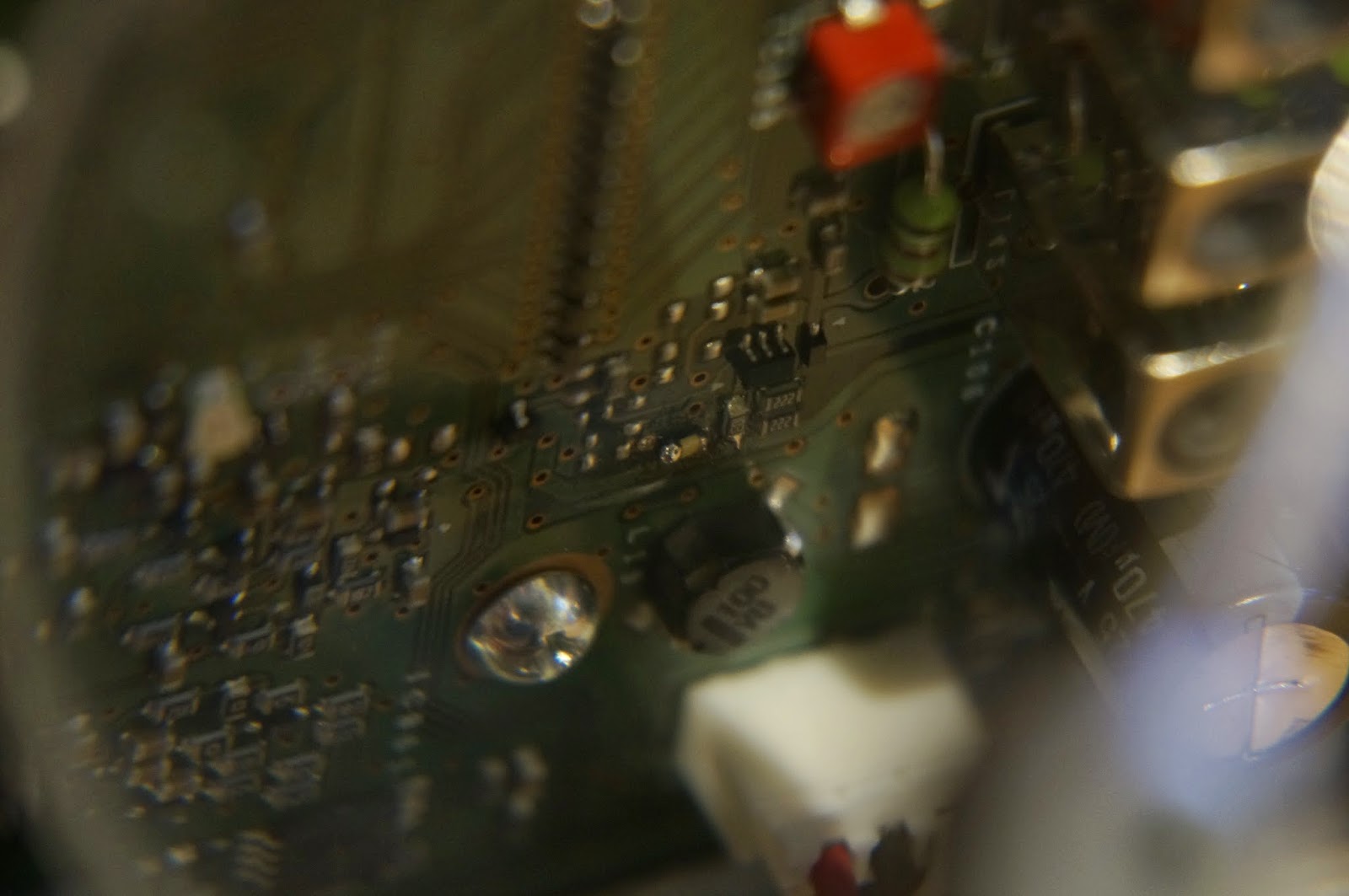 Sure enough, with the fuse installed, everything was back to normal.

I also bought a RotorBrite from W0IY, Barry, a member of our contest club, N0MA.  It's just a little LED strip you can put in your rotor controllers to replace the ugly, expensive, and prone to failure, light bulb.  It also adds a nice red indication when the break is disengaged which is pretty cool.  I was testing out one of the first kit versions which is built out of 1206 SMT components.  As I mentioned before, 1206 is what I'm used to so I didn't have any problems with this one!

I also reintroduced a bit of LED light strip to the shack which I had up before I bought my new shelving material.  This time I added a potentiometer to adjust the brightness level which is pretty neat.  Here's a couple pictures with the new LED additions installed: