Run For The Bacon (RFTB) and some night time operating

Band conditions kept me from going to the park on Saturday and a get together for my wife's work kept me busy most of the day Sunday but I managed to carve out some time on Sunday night to get into the Flying Pigs QRP club's Run For the Bacon.

RFTB is a monthly 2 hour QRP sprint style contest.  I had not really participated in one before but I've been a FP member for a while, number 2258.  I was hoping to run the MTR for the event but I realized that with the new battery I'm pushing 6w to the wire so I decided not to cheat!  So KX3 it was.  The weather was really nice last night, about 73 even after the sun set and there were no bugs to speak of so a deck operation was called for.  I've been meaning to try a magnetic loop antenna again so I took the box I already had made up for the capacitor, found a piece of RG58 jumper that would serve as the loop element, put an FT117-43 core over the coax with a couple turns of hook up wire for the coupling feed and ta-da, a magnetic loop was (re)born!

I set the antenna up on at light stand at about 4 feet next to the table on the deck and set to it.  I could get 1:1 SWR on the loop on 20 and 40 though I suspect the efficiency on 40 was single digits, and probably not much more than 30% on 20.  No less, I could hear several QRP signals from all over the country and I managed to work NY, GA, AL, and TX in the hour of casual operating.  Yeah, not stellar numbers but as the ambient light was dwindling, I also took the opportunity to play with my new camera a bit and captured some  pretty cool shots. 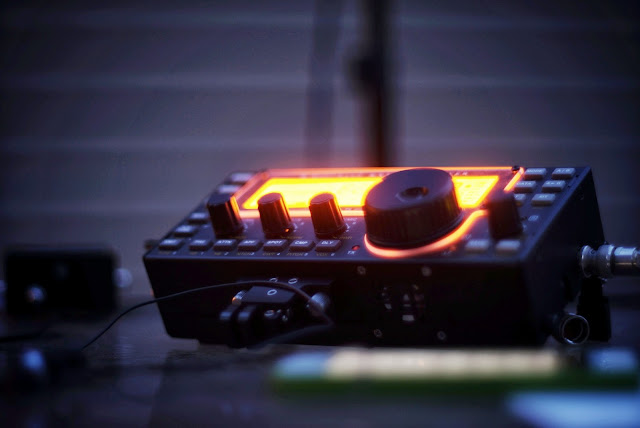 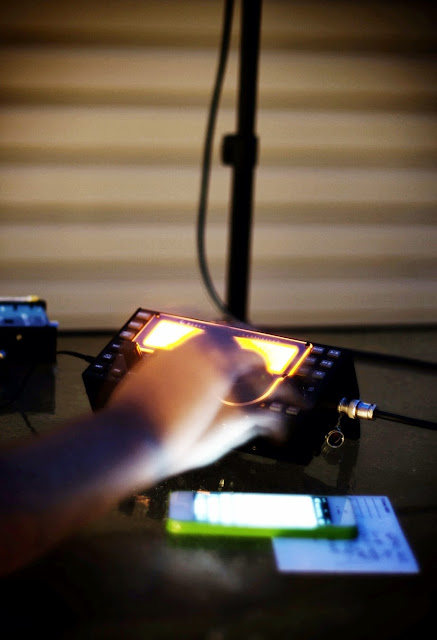 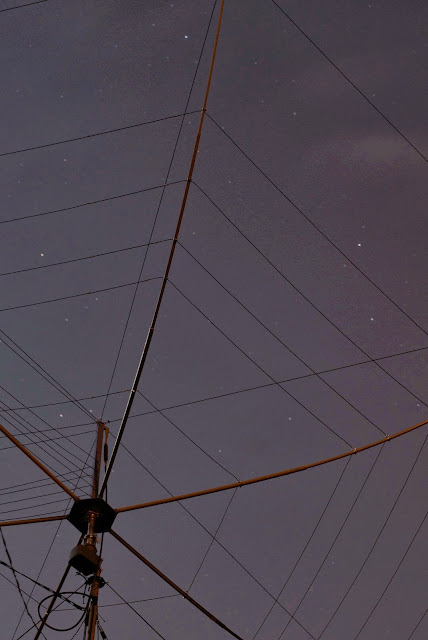 I need to really tune this magnetic loop thing.  I would really use one if I could get it to be more efficient and easier to tune.  I might need to build a Tayloe bridge...
Posted by TJ Campie at 8:16:00 AM